Happy #ManCrushMeownday! Today, we have the pleasure of sharing our interview with Paul the Cat Guy!

Paul is a professional, New York City-based cat rescuer! He travels to all of the city’s five boroughs, taking in homeless and hungry cats and kittens, rehabbing and socializing them until they’re ready to find forever homes. Additionally, Paul regularly traps, neuters, and returns (T. N. R.), feral cats.

You can follow Paul the Cat Guy’s amazing work on his Instagram, @paulthecatguy. We also encourage you to support Paul’s rescue efforts by either donating via PayPal (paul@paulthecatguy.com) or via his Amazon Wish List, which you can find here.

We hope you enjoy learning about Paul the Cat Guy, a boundlessly compassionate, dedicated, and honorable cat man, as much as we did!

1) Do you have any cats or kittens who are in your own forever family?

2) What inspired you to start rescuing cats?

I was walking home one night and I saw a couple of cats on the sidewalk and gave them a can of food.  The next night, at the same time, I saw an additional 3 or 4 cats, and fed them. And, the following night, even more.  Eventually, I was feeding a colony of 6-8 cats nightly.

After two months of this, I wanted to do more to help them, so I went online to see what I could do. I learned about Trap-Neuter-Return tactics and how it helps improve feral cats’ quality of life. After that, I took a class in the city and began fixing and vaccinating cats, one at a time, and things took off from there. 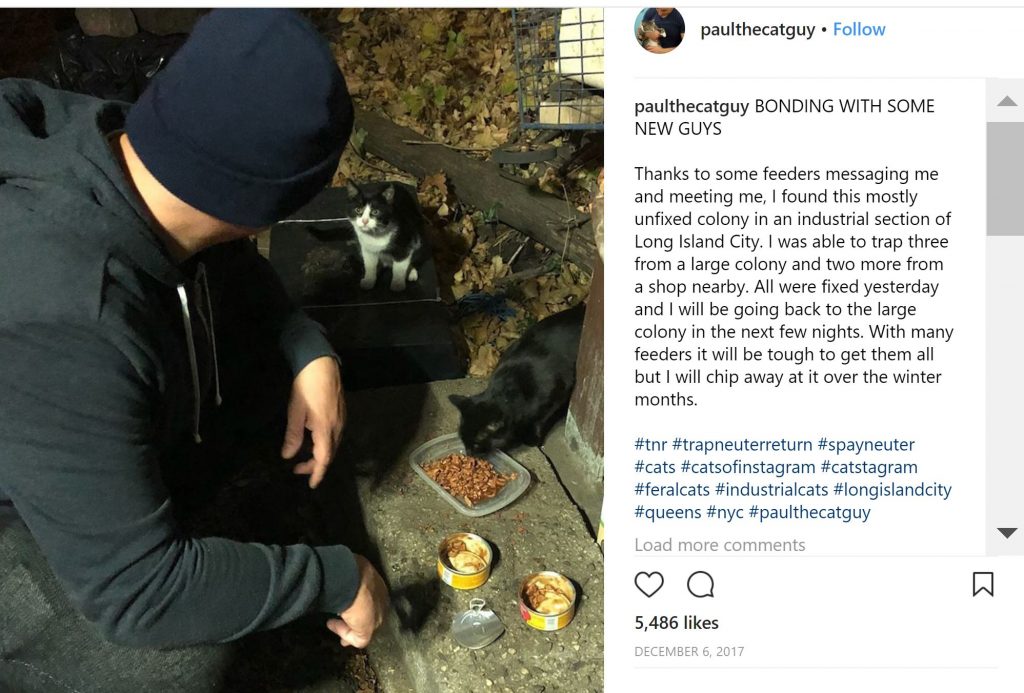 3) Who was your first rescue cat?

One of the cats in the original colony I stumbled upon must’ve had kittens. Right before I was going to take the class on T. N. R., I saw four seven-week old kittens behind a locked gate.  The next day, I got access from the building manager to get them. After chasing them into a dark basement, I was able to get all 4.

4) What are some of the challenges you face as a cat rescuer?

People, space, and time are my biggest challenges.

Some people do not like the cats and I have to explain what I am doing. Most of the time, they support my work of doing T. N. R. to control the population.

Space is an issue in the 5 boroughs of New York, as there are not many people who will lend or rent a space to keep feral cats held in traps pre- and post-op when doing T. N. R.

Lastly, time is an enemy of mine, because I work a regular full-time job and rescuing never stops. 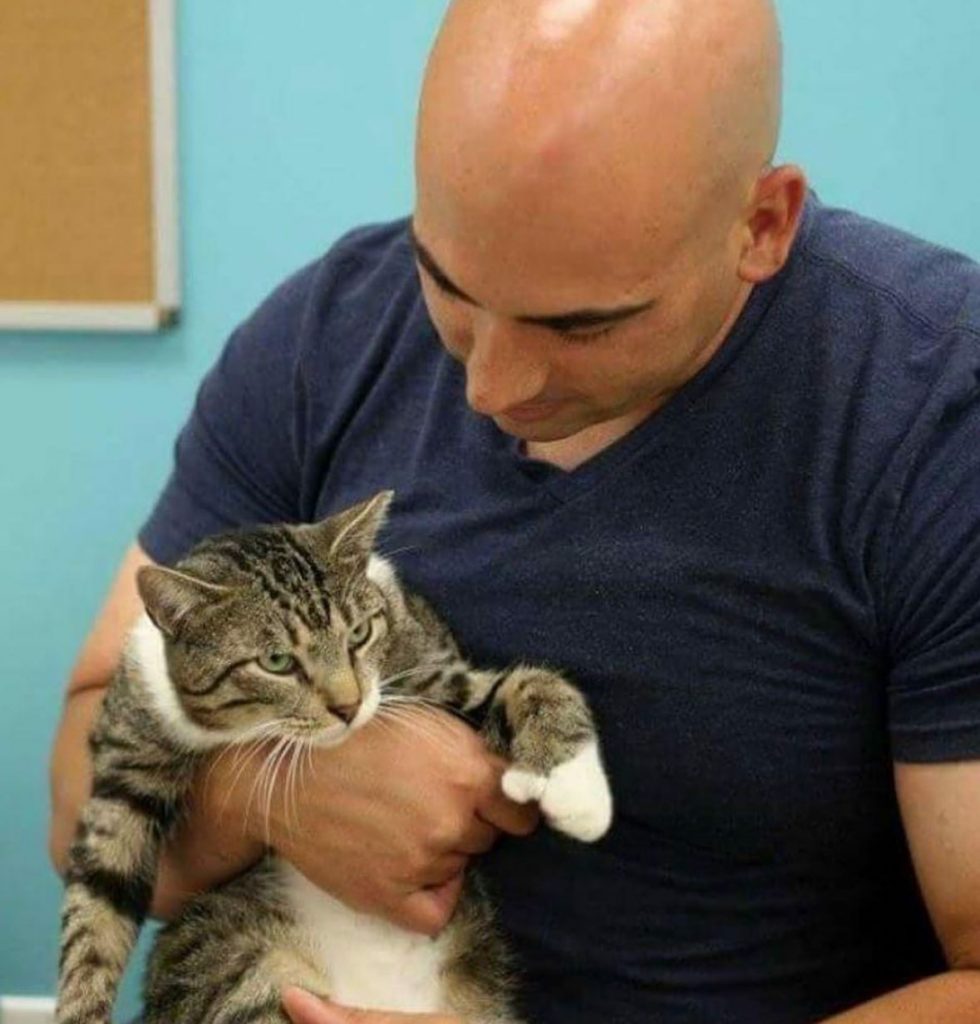 5) How has rescuing cats in New York City changed your life?

It is my passion.  I spend 25-30 hours a week feeding, cleaning, trapping, rescuing, and transporting cats and kittens.  It is something I never saw myself doing. One time, I heard that someone made a snide remark that I don’t have a life.  I wish that person would’ve said that to me directly, and I would’ve responded: “IT IS MY LIFE”.

6) What was the most difficult or crazy rescue you can remember?

My favorite rescue story is Pauly The Polydactyl, a skittish cat who ate in my driveway regularly. I eventually trapped him and had him fixed and vaccinated.  He was recovering in a warehouse in another neighborhood and escaped the cheaply made trap, which I had borrowed.  Apparently, Pauly jumped into a hole in the ceiling and was gone. I set traps in the ceiling for weeks, but received no sign of him.

Eventually, I found out there were cats outside in an area near the rear of the building.  Although the building was sealed, Pauly managed to navigate the interior of the building and break free, making new friends with other cats in this colony.  Every night he would run away at the sight of me.  I could not trap him, no matter how savvy I was.

After several months of failed chances, he finally came up to me one night, meowing.  He started rubbing against my legs.  I was shaking… It was a huge adrenaline rush… But I had to be still, as I only had one chance to do this.  With one push of my hand, I got him under a drop trap and lowered it around him.

Pauly The Polydactyl went from behaving like a skittish, feral cat in my driveway, to getting displaced in another neighborhood, to finally emerging as a super friendly mush.

I took him to the vet for a thorough exam and, soon after, got him adopted by an amazing forever home.  He has extra digits on his paws, which earned him the name “PAULY THE POLYDACTYL”. 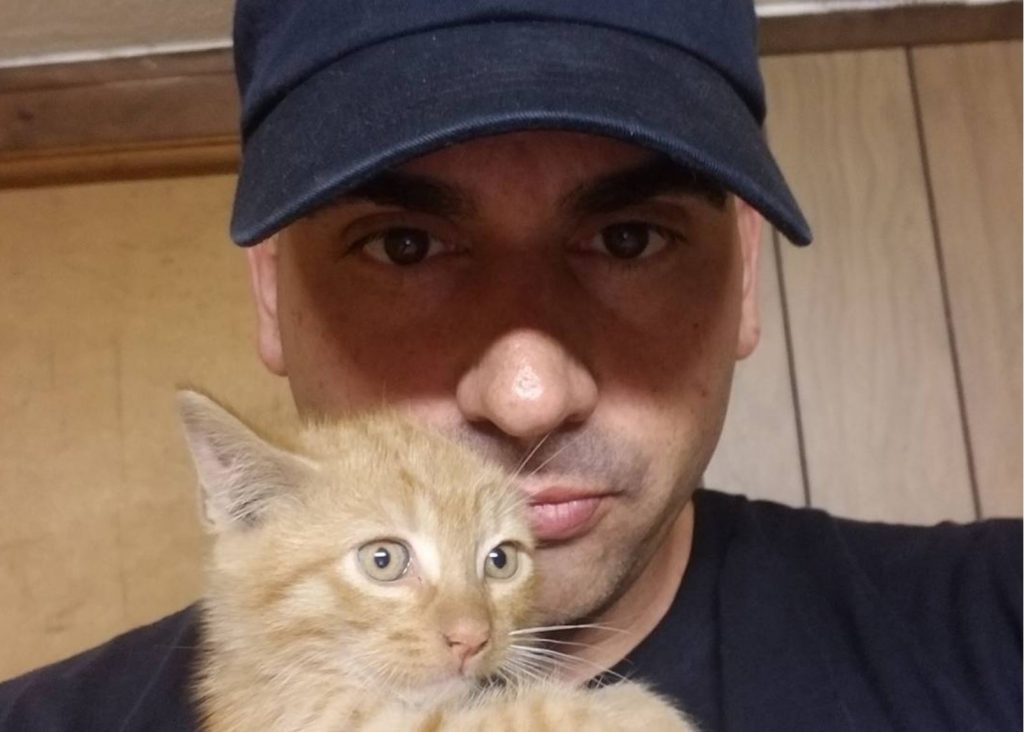 7) What’s the most rewarding part of rescuing cats?

There’s nothing better than getting abandoned house-cats off of the streets and into a true forever home.

8) How many cats have you saved to date?

Directly over 1,200 cats and kittens in 3.5 years, through Trap-Neuter-Return of street cats, kitten rescues, as well as the rescue and rehoming of friendly, displaced homeless cats. Indirectly, I’ve saved hundreds more. 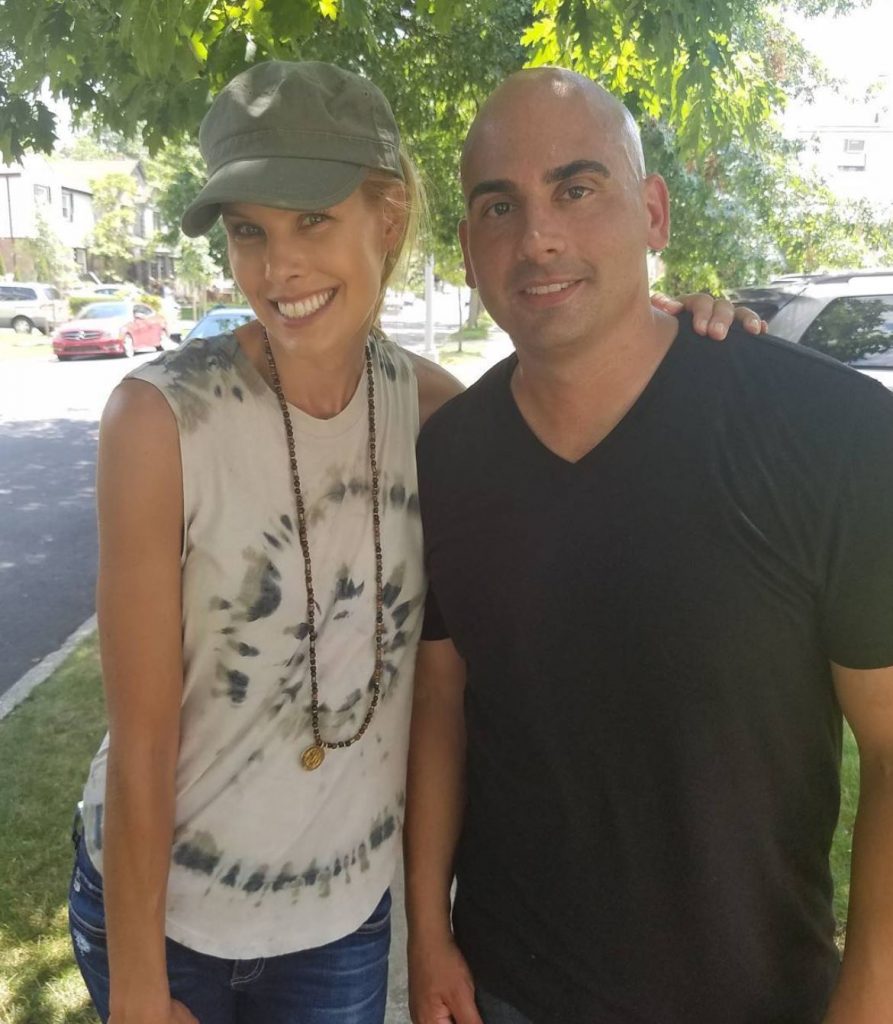 9) What are some tips you might offer to first-time cat rescuers?

Take the T. N. R. Certification Class, it is free.  Next, try to find someone who has trapped before and meet them to observe and participate.  And, lastly, have a positive mindset and be diligent in your efforts. 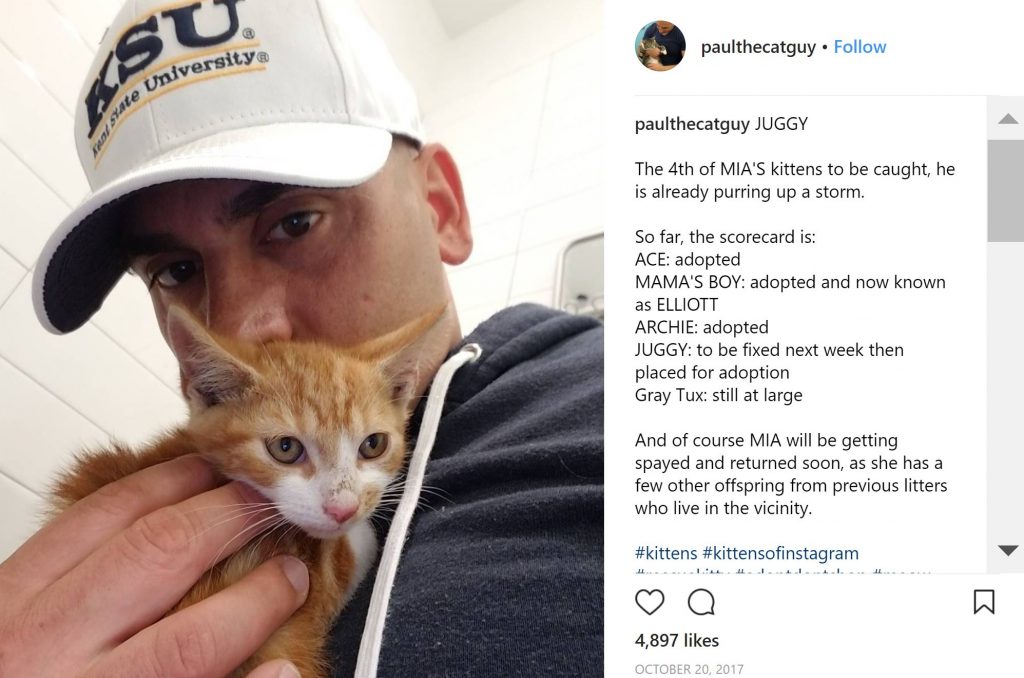