Cats Can Be a Purrfect Option for People with Disabilities 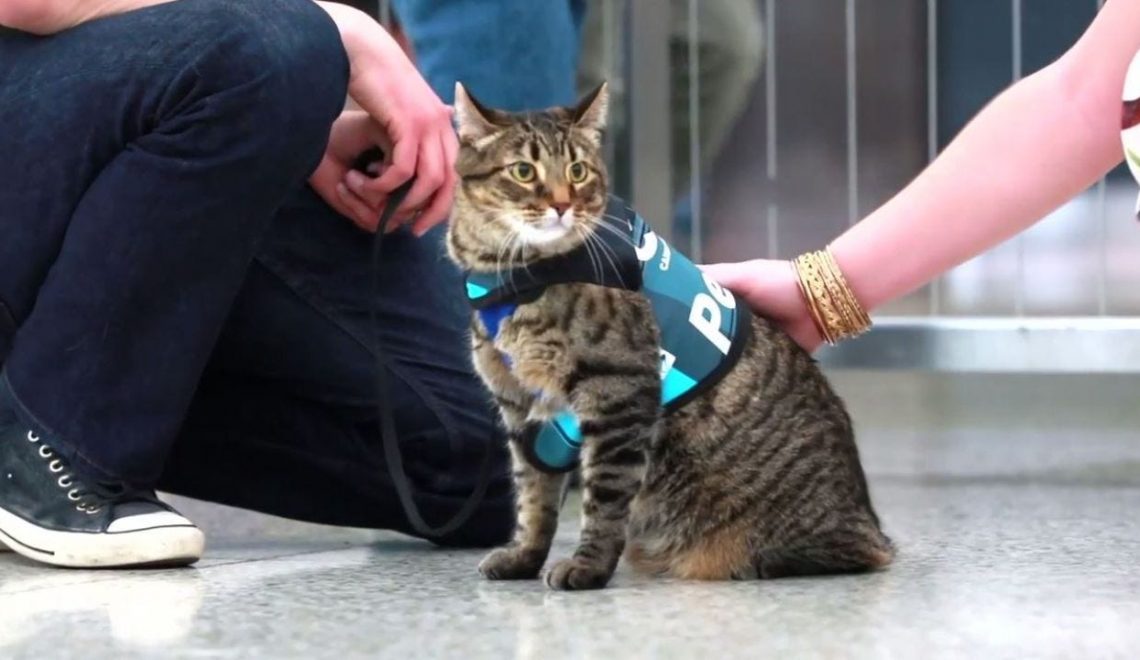 In terms of service or therapy pets, dogs are undoubtedly the most famous. They are well-known for providing services from guiding people who are blind or have limited vision, to helping reduce the impact of seizures, to providing comfort in general. We all know that dogs help a lot of people across the board, including people with disabilities. But what about our friends, cats?

According to the Americans with Disabilities Act, which is celebrating its 30th anniversary this year, service animals are “dogs that are individually trained to do work or perform tasks for people with disabilities.” Dogs have been determined to be the only animals able to perform services for humans. However, there are plenty of ways other animals like cats can help people with disabilities.

Besides service animals, animals can be classified as therapy animals, emotional support animals, and regular pets. Cats can be any of these or more than one! Therapy animals are animals that come to an area where people can be stressed, and they help. For example, a therapy cat could come to a college to help anxious college students or go to a hospital or a nursing home. For an animal to be considered a therapy animal, it must pass certain tests. Emotional support animals live with the people they help, and they do not need to be trained.

Although there has not been a lot of research about cats and people with intellectual disabilities, the research that does exist demonstrates cats might just be the perfect choice as a therapy animal, emotional support animal, or pet for someone with intellectual disabilities. In fact, some studies have shown cats might even be preferable for some children with developmental disorders like autism according to American Veterinarian.

Typically, dogs have been favored for these roles, but cats are becoming more and more popular according to Disabled World. As we all know, different people like different pets, and that’s the same whether those pets are supposed to help their owners or not.

According to research done by the Centers for Disease Control and Prevention (CDC), children with autism who had pets had improved social skills compared to those who had never had the responsibility of a pet. Pets help children develop compassion and understand other people’s emotions, relieve anxiety and stress, and elevate children’s self-worth and self-esteem. Because individuals with autism can have a difficult time understanding social skills, they might have a hard time relating to others and can feel isolated. Pets do not have social skills, so they are perfect for children with autism to form relationships with. Animals don’t judge, and they can be great listeners for kids to practice interacting socially without feeling embarrassed or pressured.

For children with autism, cats might make the most sense as a helpful pet. Children with autism can be hypersensitive to sensory output, so dogs who bark, lick their owners’ faces, and are physically active could be too much for a child with autism. Contrastingly, cats are often quieter. A 2018 study at the University of California-Davis’ School of Veterinary Medicine found that “cats in families with a children with autism-spectrum disorder ‘often provided valuable bonding, attention and calming affect to the child.’”

Just like with anything, a lot of it comes down to individual preferences, but cats can be purrfect for a lot of people with disabilities! Maybe even one day they could be trained to perform services like service dogs. The pawsbilities are endless!