What Does Your Cat’s Tail Say? 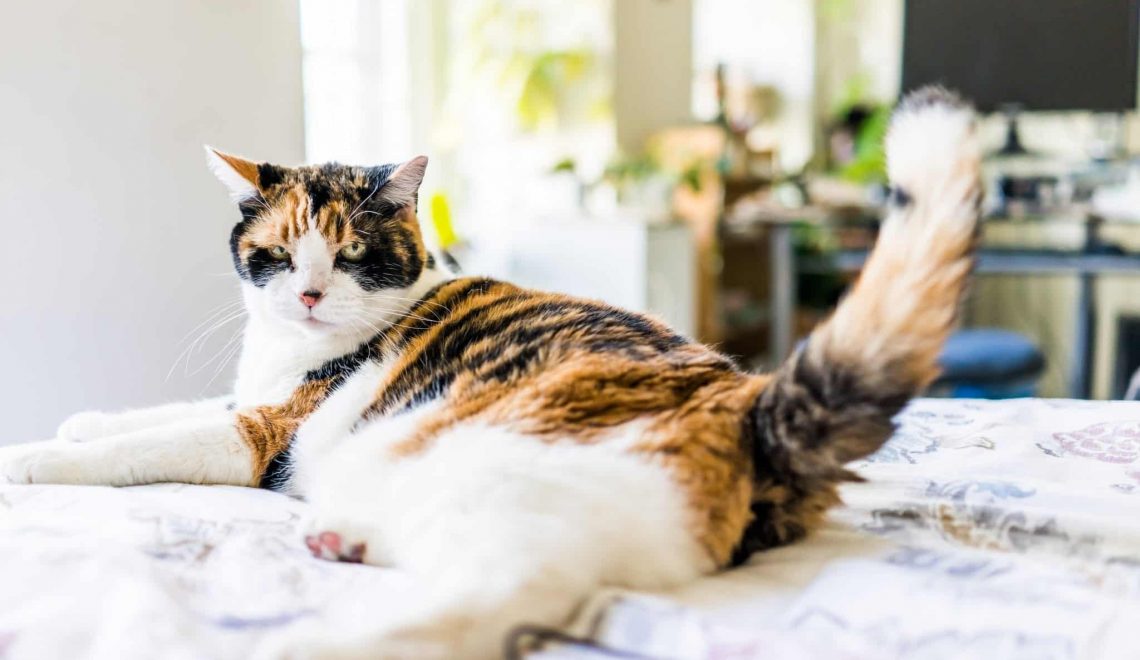 The way a cat positions or moves its tail says a lot about its mood. Cats are one of the most expressive creatures roaming the earth, and they convey messages in different ways, letting us know when they want to play and when they need to space. Cats communicate with humans and their own kind with their eyes, body language, and vocals. They are very sensitive and observant by nature and they immediately get agitated when the environment wavers from normal law and order. If you want to know your cat better, watch out for the tales it tells with its tail.

If your cat’s tail is pointed upward and exhibits a slight twitching motion, that is an indication of contentment. This means your cat is happy and comfortable with its surroundings. It feels confident and does not fear you or anyone else residing in that space. Your kitty is feeling friendly and wants to play!

When your cat’s tail is positioned upwards but slightly curved at the top, it looks like a question mark. The question mark is another expression of friendliness. If you notice this kind of shape in your cat’s tail, you can assume it is in good spirits and slightly inquisitive about something. Maybe it wants to participate in an activity going on, maybe it hears a tantalizing sound, or maybe there is simply a sweet smell in the air.

A cat with its tail tucked between the legs is expressing fear or submissiveness. This clearly shows that your cat is afraid of something nearby. Try to find the source in order to relieve the cat from unease. In some cases, an unfamiliar noise may seem like a potential hazard to them.

The fluffed up tail is one of the cutest things you will come across while watching cats. It is similar to the phenomenon of getting goosebumps as a result of an adrenaline rush or an accelerated heartbeat. This happens when cats are angry or excited. If you own multiple cats, you have probably seen a goosebump tail while they are fighting or playing with each other. It is better to just watch from a distance unless there is an intruder involved! You can encourage both independent and interactive play by providing your cat with a variety of novel toys and goodies with a monthly subscription from KitNipBox!

Sometimes cats are sitting completely still and relaxed, or lying down with their eyes closed, yet the tip of their tail is continuously flicking in slow motion. This indicates that the cat is merely resting, but not sleeping. They express attentiveness with this movement, so don’t do anything that might offend or disturb them. Cats that frequently display the tail tip flick are extremely vigilant and crave attention.

When your cat’s tail is hanging down, it is likely feeling on-edge or is experiencing mixed emotions regarding a situation. There are chances it may get aggressive, so be cautious in such circumstances. Try to avoid making any movements that would cause anger or distrust.

When your cat’s tail swiftly moves back and forth with force, it means it is bothered or worked up. It commonly happens if you tease your cat or try to force them into doing something they do not want to. The best way to escape their wrath is by accepting that they have the upper hand and letting them decide the rules.

You may have noticed your cat’s tail slowly swish from side to side before it pounces on something or somebody. It simply denotes that the cat is focused on a particular object and is calculating the right moment to attack. This is a playful motion and cats usually do this when playing with toys or chasing bugs.

Many cats wrap their tail around their bodies when they are feeling nervous or insecure. Sometimes they do it when the weather is cold because it helps keep their paws warm. If you see your cat in this position, they may want to be picked up or wrapped in your arms to be reassured that they are safe, and also, a hug will provide some much-needed warmth.

Keeping an eye on your cat’s tail gives you vital hints to its mood. Paying attention to your cat and understanding their signals is a great way to deepen your relationship and foster love and trust!

John Adams is a lifestyle blogger who loves sharing his personal opinions and experiences. He enjoys travelling for his love for nature and wildlife. Time spent at home with a dozen pets is equally cherished, and they inspire a lot of his writing.